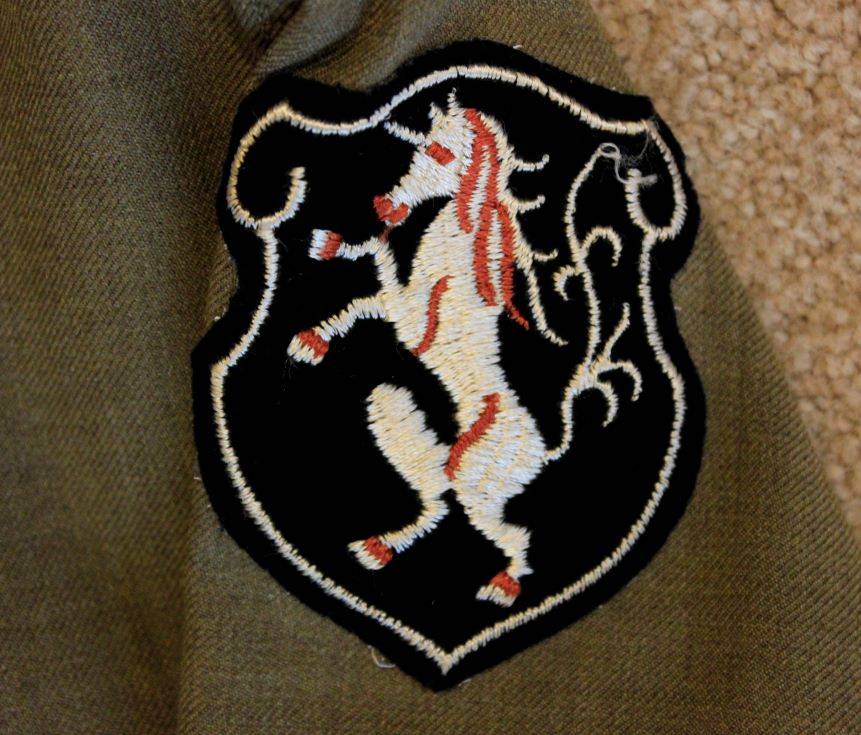 The 6th Cavalry, as part of George S. Patton's Third Army during World War II had one of the most outstanding combat records to be recorded during the conflict, at a time where the hose was phased out of the military, the mission of the cavalry had not changed, but their ride became obsolete- and they were motorized. In October 1943 the group boarded the Ocean Liner Queen Elizabeth and sailed for northern Ireland. In January 1944, the 6th Cavalry Regiment was disbanded during reorganization of the Army's Operations. There then became the 6th Cavalry Group and it was assigned to the XV Corps while in the British Isles. This unit spent the early part of 1944 in learning, small unit operations, and special combat training. Then in July of 1944, crossed the English Channel and landed at Utah Beach near Sainte-MÃƒÆ’Ã†â€™Ãƒâ€ Ã¢â‚¬â„¢ÃƒÆ’Ã¢â‚¬Å¡Ãƒâ€šÃ‚Â¨re-ÃƒÆ’Ã†â€™Ãƒâ€ Ã¢â‚¬â„¢ÃƒÆ’Ã‚Â¢ÃƒÂ¢Ã¢â‚¬Å¡Ã‚Â¬Ãƒâ€šÃ‚Â°glise, in France. Apparently an early version of the 6th Cavalry Regiment patch (later turned yellow hose with blue backing). It is rare to see the brown inlay details like this, possibly theater made.