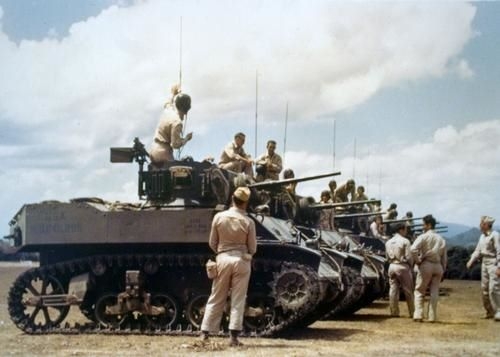 The M3A1 versions, were a later version, and got 2 Cadillac Engines side by side, into a single drive, and for the Reconnaissance role, but the light tanks 37mm would no longer suffice against there enemy, who had ridiculously more sophisticated and heavier vehicles fighting against them, and the hull was just to small to carry a heavier weapon.